¡Radio Free Bassanda! was founded out of a shared interest in the various modal* musics from around the Mediterranean, the Middle & Near East, and the Balkans. Modal music is one of the oldest types of music, while remaining the dominant musical language in many parts of the world. Modal musics emphasize melody and rhythm rather than harmony and they invariably contain a great deal of improvisation and spontaneous invention, i.e., FUN!!!

¡Radio Free Bassanda! brings a wide range of repertoire and instrumentation to their performances. Their use of both Eastern and Western instruments affords them a broad timbral palette with which to weave their sound pictures. Energetic and complex rhythms challenge the ear and the feet! 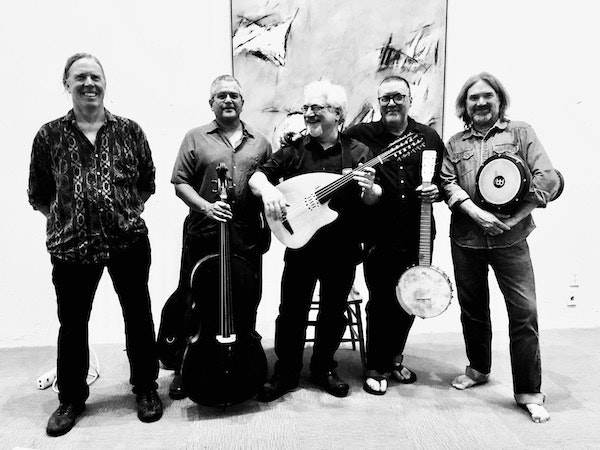