Steven Kirby is an award winning guitarist/composer and Associate Professor of Harmony at Berklee College of Music in Boston. His music is most often categorized as contemporary jazz but his influences are widely varied and include inspiration from Brazilian, East Indian, Rock, Folk, Blues, Funk, Celtic and Classical music genres as well as most of the eras of jazz. He has produced 3 CDs as leader, all of which were released internationally to critical acclaim. Downbeat magazine has called him “… a guitarist of rippling technique and a poet mind, (who) has developed a modern jazz guitar style that bridges the angular lyricism of Pat Metheny and the painterly asceticism of Jim Hall”

The recordings (Point of Balance and North Light) both on the European based Challenge Records, and his most recent, Illuminations (WCS) all have garnered critical acclaim and international radio and internet play.“Illuminations” was Downbeat Magazine’s “Editors Pick” and was included on the Grammy Nominations long list in 4 categories. He has performed and/or recorded with many of today’ most respected contemporary musicians including Chris Potter, Mike Manieri (Steps Ahead), Joe Lovano, Harvie S, Allan Holdsworth and others. He has toured in the U.S., Canada, Caribbean, Europe, China and Africa. Kirby’s music has been played on over 100 radio stations in the US and internationally including features on NPR’s “Here and Now”, “Jazz with Bob Parlocha” and “Eric in the Evening”.

For his concert at GiG, Steven will be featuring his music in both a solo guitar setting as well and in duo with flutist Kristine Kirby, Steven’s wife and longtime musical partner whose “beautiful, rich sound and stellar musicianship” will add richness and variety to the performance.

“Kirby’s music manifests the truth that jazz is an art built on growth and renewal…an extraordinarily pleasing and diverse album” (All About Jazz).

“Steven Kirby, guitarist of rippling technique and a poetic mind, has developed a modern jazz guitar style that bridges the angular lyricism of Pat Metheny and the painterly asceticism of Jim Hall”. (Downbeat Magazine)

“Illuminations represents Kirby's biggest leap forward yet - as a writer but, equally, as a guitarist who leans towards inimitable lyricism yet also possesses the chops to burn brightly as the music demands it” (John Kelman…music journalist ) 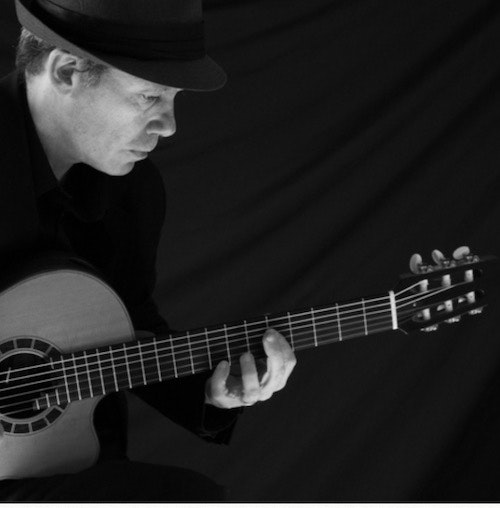