Heir to a Persian musical heritage that stretches back millennia, Iranian santour virtuoso Sourena Sefati carries that tradition into the modern era with stunning original compositions that reveal the extraordinary breadth of expression concealed in this ancient instrument’s small wooden frame.

Born in Ramsar, Iran, Sefati fell under the sway of the santour at an early age and dedicated his life to mastering this trapezoidal box’s 72 metal strings. The grandfather of China’s yangqin, Eastern Europe’s cimbalon, and the United States’ hammered dulcimer, the santour is played with delicate felt-tipped mallets, or mezrabs. Its structure has changed little since its first representation in inscriptions in Susa, Iran, dating back to 699 B.C.

Sefati earned a bachelor’s degree in music in 2002 from the University of Tehran and went on to achieve a master’s in Iranian music performance in 2009 from Art University in Tehran, where he won the award for Best Composer of Iranian Music.

In his native country, Sefati launched a successful career as a performer, a recording artist with appearances on more than 50 albums, and an in-demand composer with numerous commissions. He’s appeared in concerts in Africa, Asia, and Europe, both as a member of prestigious ensembles and as a soloist. He performed as a featured soloist with the Iran Broadcasting Symphony Orchestra (2009 to 2014), the Iranian Chamber Orchestra (2009), and Mehrnavazan National Orchestra (2011). In 2016, his album Az Roozegare Rang Amiz (From Deceitful Ages) won him the award for Best Composer of Iran.

In 2014, Sefati moved to the United States. The move presented an opportunity to spread awareness of his beloved motherland’s musical heritage and his own modern classical compositions, which are marked by lyricism, rhythmic complexity, and fast tempi requiring highly technical playing. 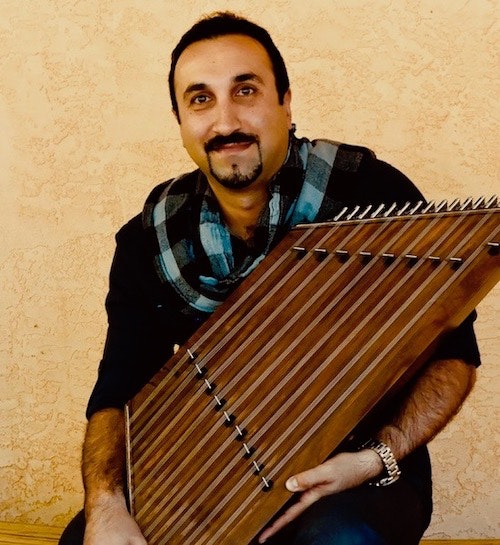