Rumelia Collective is a group of musicians dedicated to playing the music of the Balkansand Mideast, as well as many other musical styles from around the world. Members Nicolle Jensen, Willa Roberts, Sitara Schauer and Alysha Shaw weave an intricate and mesmerizing blend of contemporary and traditional folk elements into their unique arrangements. They are known for their lush four-part vocal harmonies, as well as their innovative use of both traditional and western instrumentation, playing everything from soaring, epic love songs to raucous, upbeat dance pieces.

“Rumelia” comes from the word “Rumeli” meaning “Land of the Romans,” a Turkish wordused to describe the people and cultures of the Southern Balkan region. The music is unique to the western ear, in that it uses odd time signatures (e.g. 5/8, 7/8, 9/8, 11/8) and close harmonies,as well as eastern scales and tonalities common to the region. Rumelia Collective’s core repertoire is derived from traditional and popular tunes of Albania, Bulgaria, Greece, Macedonia and Turkey, to name a few. 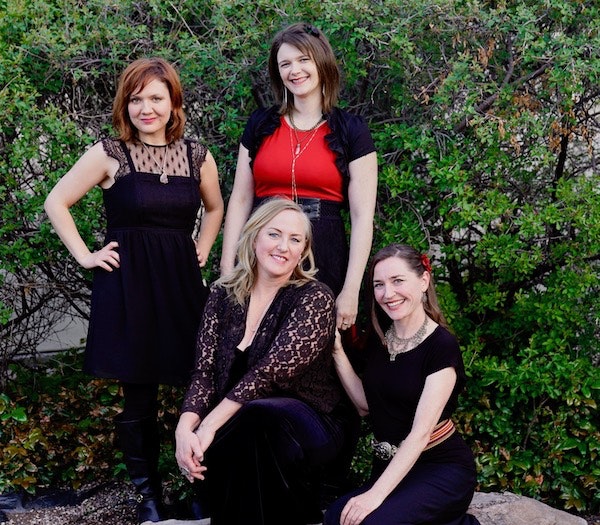