Laurie Antonioli is one of the era’s definitive jazz vocalists, but she’s got a little rock ’n’ roll in her soul too. Her new album The Constant Passage of Time expands her creative purview with an emotionally trenchant program focusing on her collaborations with state-of-the-art jazz composers and new arrangements of tunes by iconic singer/songwriters Joni Mitchell, Neil Young, and Sheryl Crow.

"Antonioli catches (Joni) Mitchell's phrases and phrasing as if from thin air, exhaling them as warm, autumnal bursts of memory. I will not hear a better recording this year." - C. Michale Bailey, All About Jazz

"Combining her own compositions with a handful of rock tunes from the past 50 years, Antonioli and her sextet have crafted an album that invites the listener into questions about patriarchy and capital, and the ties that bind us as Americans. Her voice, tall, proud and unpretentious, deserves to be more widely heard." - Giovanni Russonello, Downbeat Magazine"Singer Antonioli is a rare talent, too rarely seen beyond the Bay Area." - Don Heckman, The International Review of Music

"Anyone who is in the know of vocalist and pedagogue Laurie Antonioli and the music she creates, espouses and teaches will know that lyricism and the art of musical seduction is at the heart of her lucid and tuneful music. A somewhat melancholy poet of song, Miss Antonioli’s music is rich in allusion to life – even lived experience – which is something that makes her music draw you in with its utter honesty and truthfulness" - Raul Da Gama, Jazz Da Gama 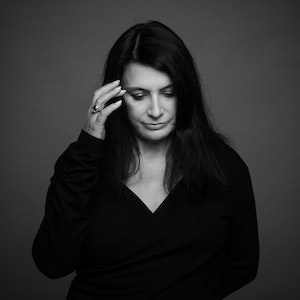