This evening presents two versatile composer/instrumentalists interacting and traversing compositions by both, written with this chamber music format in mind. They will be performing new refreshing arrangements on material from the great American songbook as well.

Based in New York City, 2013 Grammy nominated artist, 2019 Guggenheim Fellow, pianist and composer Manuel Valera was born and raised in Havana, Cuba. Since arriving in NYC, he has become well known in the NYC modern jazz scene, garnering national reviews and lending his talents as a pianist and composer to such notable artist as Arturo Sandoval, Paquito D’Rivera, Brian Lynch, Dafnis Prieto, Jeff “Tain” Watts, , John Benitez, Samuel Torres, Joel Frahm, Yosvany Terry among many others. Manuel is also the leader of the New Cuban Express. His 6th record as a leader New Cuban Express was released in June/2012 and is nominated for the 2013 Grammys in the Best Latin Jazz Album category. Manuel has travelled the world performing in over 30 countries at some of the biggest international venues and festivals.

The gifted, versatile saxophonist/clarinetist/composer John Ellis occupies a space directly between the celebratory, welcoming spirit of New Orleans and the edgy, frantic streets of New York City. Both as the leader of his own eclectic projects and as an in-demand sideman for a mind-boggling number and variety of artists, Ellis expresses keen intellect, easy virtuosity, and mischievous spirit. Ellis’ own projects include his eccentric urban carnival band Double-Wide, his quintet of A-list players, and a series of Jazz Gallery-commissioned narrative pieces with playwright Andy Bragen. John has established himself as one of New York’s premier tenor saxophonists, working with artists as diverse as John Patitucci, Dr. Lonnie Smith, Charlie Hunter, and Sting. Ellis has released nine albums as a leader, while his discography lists more than 150 album credits as a sideman.

“He [Manuel] leaves no doubt that he is destined to play a role in the future of jazz.” -Philip Van Vleck, Billboard

The sound is both old and spectacularly new in terms of his re-invention of the music of a tradition to which he is inextricably linked. And this increases Valera’s importance as a musician in the arena of Afro-Cuban music. –Raul da Gama, Latin Jazz Network, June 2012 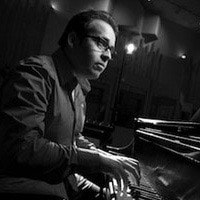